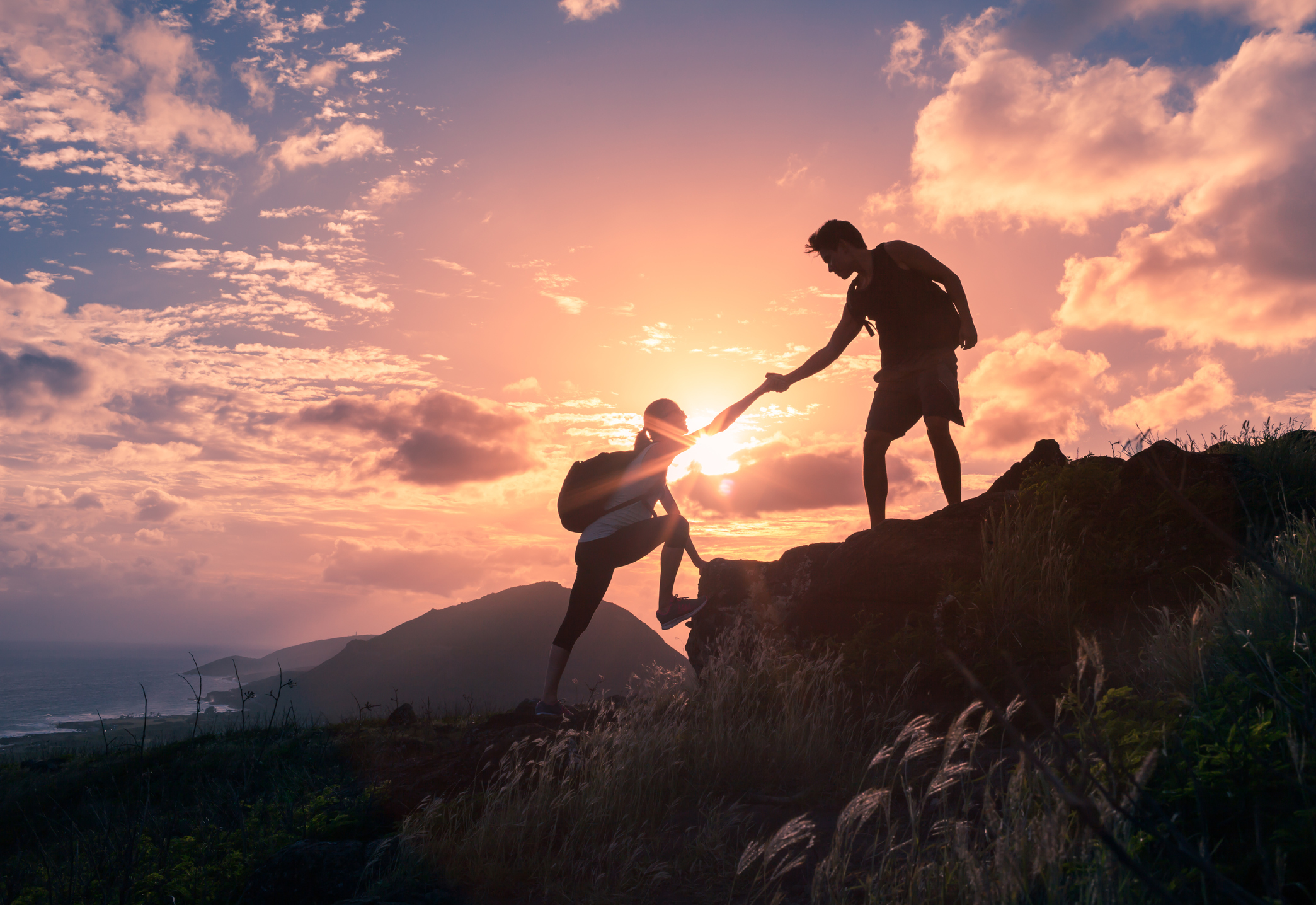 Don’t let others define you

In 1995, aged 16 and armed with an arsenal of crippling shyness, low self-confidence and social anxiety, I started a part-time job at a supermarket in my hometown of Bexhill. My role was a shelf-filler, or to use the glorified title from my employment contract, ‘Grocery Replenishment Assistant’. My first job had a grand title – way to go me! 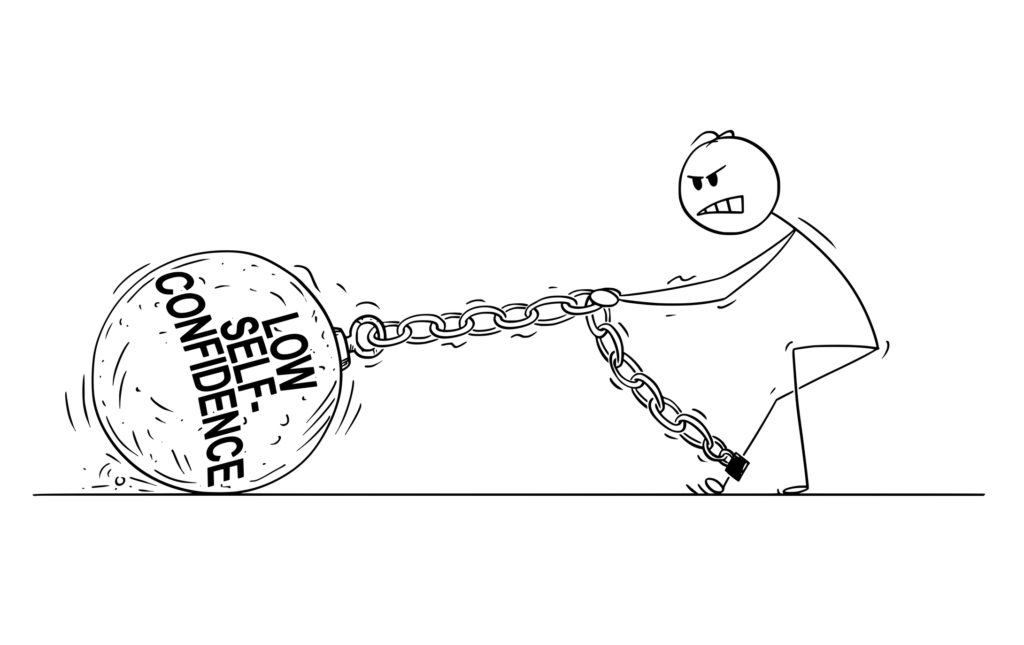 Every Saturday, my Line Manager, who I shall call ‘Richard’, would oversee our workload for the day and try his best to motivate us to hit our targets in his own, unique manner.

I struggled to connect with Richard, and years later I’ve come to recognise why. There existed a lack of empathy and a playground-style atmosphere where the weakest would feel picked upon. I dreaded going into work – not because of the work itself, but because of everything that surrounded it. When you work hard and receive little recognition and snide comments in return, it doesn’t make for a pleasant workplace. And one must wonder what message that kind of behaviour gives to a youngster in their first job.

“If you treat your employees like they make a difference, they will.”
Jim Goodnight

A year went by and, with rock-bottom self-esteem, I felt it was time to move on. An application to a local B&Q DIY store proved successful, and I gave Richard my one month’s notice that I would be leaving. My final week stacking shelves was one that has lived long in my memory. I was eating lunch with my friend in a busy staff canteen, surrounded by colleagues. Richard strode in and told everyone it was my last day, adding: “I won’t be going to B&Q anymore – they’ll have nothing on the shelves!” Laughter reverberated around the room. I just wanted to hide under the nearest table.

We remember things clearly when we have an emotional reaction to them (in my case, huge embarrassment) – a deep connection is formed in our brain. And so it is that I still remember that line, 22 years later. When I look back, I feel angry for my younger self, and for anyone else who has been on the receiving end of poor man managers like Richard. But, here’s the thing, you define who you are – not them. This is a case in point…

I’m now 39 years old. At the age of 22, I left employment and started my own business. Over the course of 15 years, I grew my business to become one of the world’s major online health information resources. Throughout that time, I managed a lot of amazing, hard-working, creative people and did so with empathy and good leadership (self-taught). In 2016 I sold my company to Healthline – a titan of the health industry – before semi-retiring (starting out on new paths). Throughout the years, I’ve also looked to give back to the world – supporting the town I grew up in and the fantastic charities and causes that exist there. Philanthropy lies at my very core.

Over the last decade, I’ve revisited the supermarket where I first worked many times. There, I’ve seen Richard working away, filling shelves. Ironically, he’s doing the very role I was doing when I was 17. I’ve chosen not to approach or say anything to him – or beat him around the head with a B&Q 2×4 – he has his life, and I have mine.

Why have I shared this with you today?

First off, I’ve not written about this to gloat. Richard has a job, earning a wage, and that’s a great thing in itself. He may very well be happy, and there’s nothing wrong with that.

Here’s what I choose to take from my story. There are people with the management style of Richard everywhere. As I look back, I would probably guess that he suffered from a lack of self-esteem and experience in managing people. As with playground bullies, people with low self-esteem will often try to push ‘weaker’ people down to shift focus away from their own insecurities and elevate themselves, both in their own eyes and the eyes of others. We’re easy targets, as it were.

One might ask how people like Richard end up as managers. When it came to him, he had worked there a long time, and I consider that to be one of the main reasons. This quote from the bestselling book 12: The Elements of Great Managing by Rodd Wagner and Jim Harter, Ph.D., sums it up well:

“Too often, the title of manager is doled out as a reward for tenure and connections, for solid performance that demonstrates no particular ability to deal with people.” 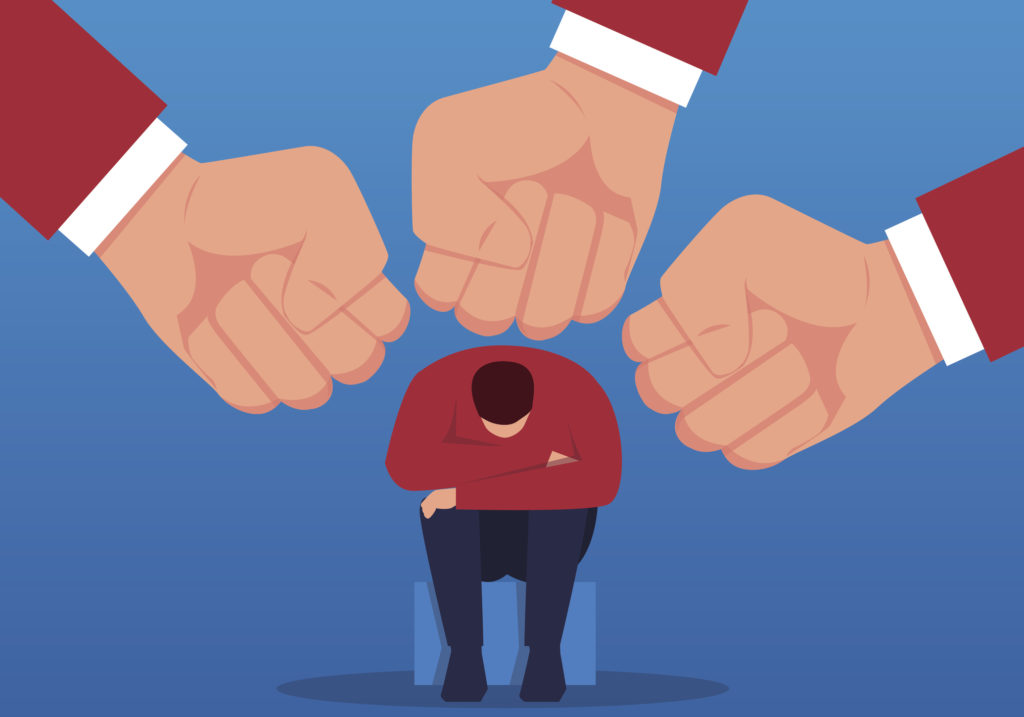 I see and meet a lot of ‘Richards’ in meetings and occasions that I attend. They’re easy to spot, and I have developed an armoury of knowledge in how to disarm and deal with them (without being an arse). But, as I look back on the 17-year-old me, I feel sorry for him and want to hug him, help him to believe in himself, and tell him everything’s going to work out just fine.

As a side-note, I still suffer from shyness and social anxiety – I’ve just learned to recognise them and cope a bit better. I intend to write about this in a future article, as it’s a subject that really interests me.

My concluding message is this one. You define who you are, not other people. What you think of yourself is what matters most. Here’s another, memorable way of looking at it:

“What other people think of you is none of your business!”

When we have low self-confidence, any kind of negative-sounding remark can really hit us hard. Without a core of self-belief, it can be far too easy to over-think remarks and start believing them, especially when we are lacking in life experience, as we are when we are young.

Empathy is required from those of us who manage others, and the desire to help them achieve their goals and aspirations, which in turn helps us achieve ours.

I always love to hear your thoughts. Please feel free to share them below (you can comment as a guest if you wish).

I am a serial entrepreneur who enjoys writing humour, as well as articles about mental wellness and stories of inspiration. You can follow me (in a non-stalky way) on Twitter, Facebook or LinkedIn. I always welcome comments, so please leave a comment below if you like what you’ve read.

2 thoughts on “Don’t let others define you”