Alastair founded Medical News Today (MNT) in 2003 and built a company that became a market leader for medical news on the internet, providing concise and accurate health information to an audience of patients and healthcare professionals. 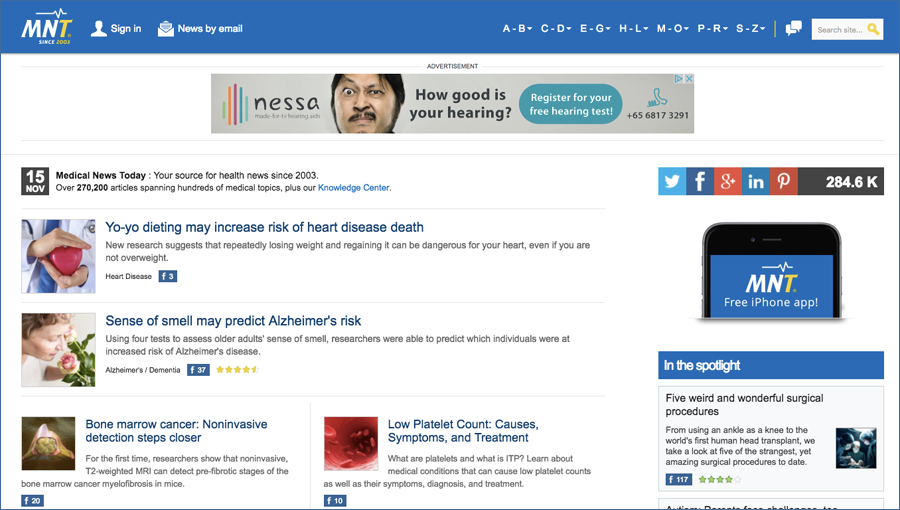 Taking his company from a tiny seed to one generating a million-pound annual turnover required Alastair to use strategic business and leadership skills. By surrounding himself with talented people who shared his energy and philosophy, Alastair ensured that quality content was a core strength of the business and that the company was not just keeping up with existing trends, but setting new ones.

In March 2016, the Medical News Today website and brand, along with sister website MediLexicon, were acquired by Healthline Media – the second largest health media network on the internet. This move bolstered Healthline’s digital health reach to 61 million unique visitors per month.

“Healthline purchased Medical News Today in March, 2016. Alastair was a founder of the business and became a key element in the success of the acquisition. Alastair was open, honest and transparent during the stressful process which allowed for the transaction to happen quickly and with confidence. He had assembled an incredible team which led to a very successful post-acquisition experience.

Alastair remained supportive post-acquisition continuing to do contract work for Healthline. His drive, ambition and honesty are a few of his most valuable traits which we still appreciate today.”