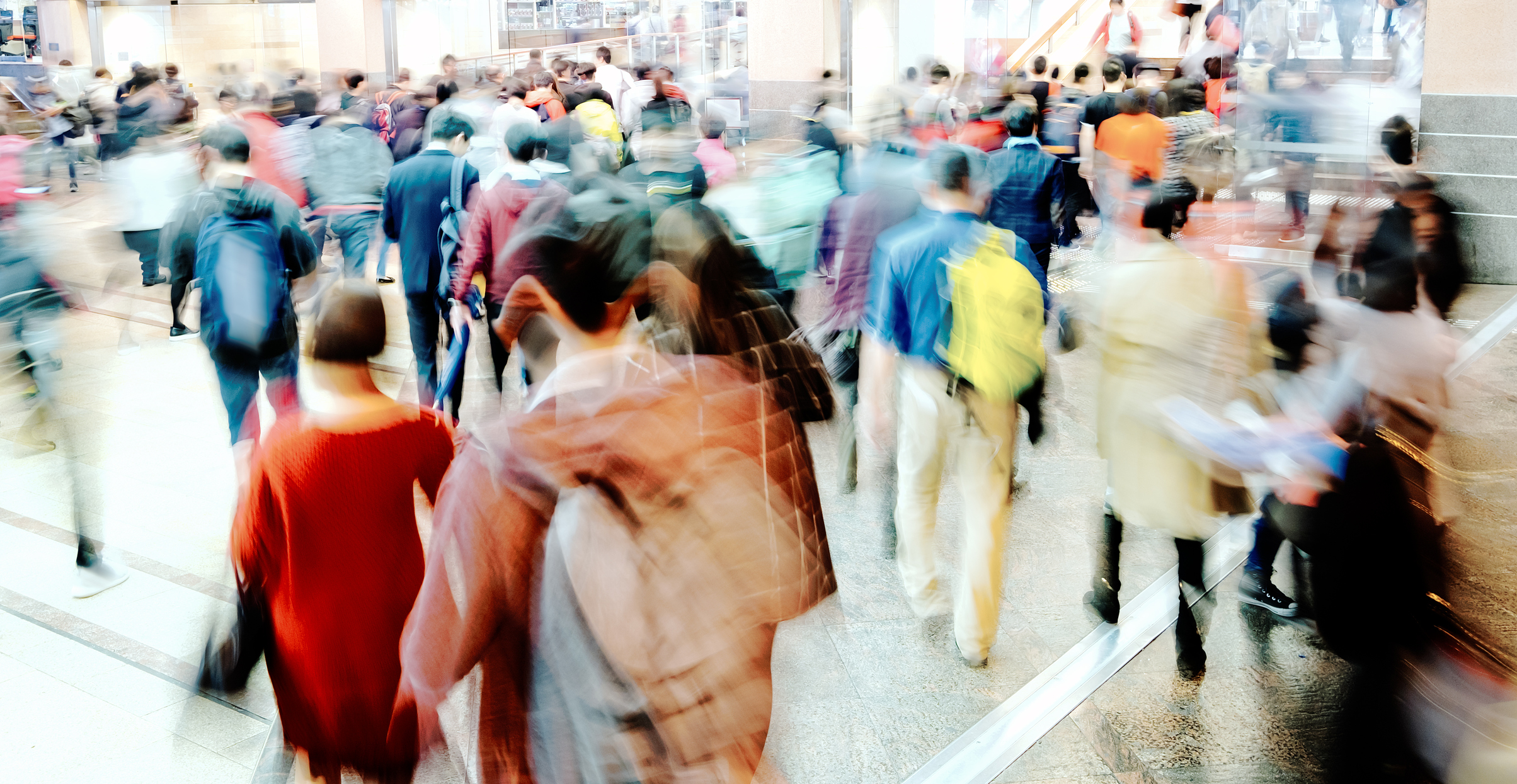 Living in an instant world

Twenty-five years ago, if I had said the word ‘instant’, your cerebral cortex might have visualised one of these things:

Instant brought occasional convenience… and opened the door for you to sleep with your attractive neighbour… Now, however, times are a-changing. We’re living in a society where consumerism is driving everything to become instant, and our minds are devouring it like a six-year-old with a tub of ice cream. To put it another way, our lives are turning into one giant vending machine, and we’re becoming addicted to it!

You don’t need to look far to see proof of the instant culture we’re now living in. Technology is evolving at an overwhelmingly fast rate and we’re seeing everything become accessible with a touch of a button or, using new voice-technology, just a simple voice command. “Alexa, how do you spell dystopian?”

As a society, we now have access to instant money (with a price), immediate answers to questions, instant news (fake or otherwise), instant notifications (about everything!), instant entertainment, instant gratification. If that isn’t bad enough, the media we are using to get our hits of ‘instant’ are upselling us more instant – from reality television and talent shows to social media ads where, “you too can become a millionaire overnight – watch our webinar to find out how!” We’re being sold instant success, and that’s a very dangerous thing. Comedian Russell Kane summed this subject up well in a recent video tweet…

Like it or not (pun intended), through our use of social media and smartphones, our minds are being unwittingly trained to enjoy and crave instant gratification in almost any situation, and this area in particular is worrying for the future of our mental health.

In December 2017, the Washington Post interviewed a former Facebook VP. Her comments on how social media use brings short-term, dopamine-driven feedback loops provide a stark warning. “We curate our lives around this perceived sense of perfection, because we get rewarded in these short-term signals — hearts, likes, thumbs up — and we conflate that with value and we conflate it with truth. And instead, what it is is fake, brittle popularity that’s short-term and leaves you even more, admit it, vacant and empty before you did it.” 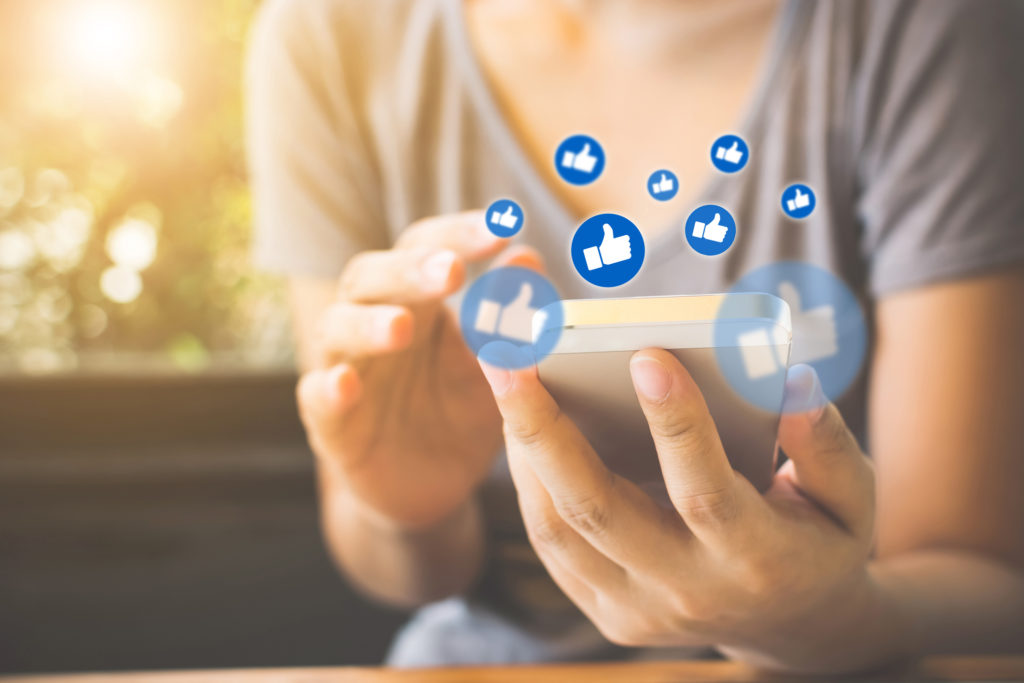 Dopamine is a neurotransmitter – a chemical released by the neurons in our brain that helps control the brain’s reward and pleasure centres. Recent research has suggested that dopamine causes ‘seeking’ behaviour. That is to say that dopamine causes you to desire and search. The opioid system, separate from dopamine, then makes us feel pleasure. Our social media use provides the perfect addictive mix of seeking and satisfaction, as Susan Weinschenk Ph.D. explains:

“According to researcher Kent Berridge, these two systems, the “wanting” (dopamine) and the “liking” (opioid) are complementary. The wanting system propels you to action and the liking system makes you feel satisfied and therefore pause your seeking. If your seeking isn’t turned off at least for a little while, then you start to run in an endless loop. The dopamine system is stronger than the opioid system. You tend to seek more than you are satisfied. Evolution again — seeking is more likely to keep you alive than sitting around in a satisfied stupor.”

“With the internet, twitter, and texting you now have almost instant gratification of your desire to seek. Want to talk to someone right away? Send a text and they respond in a few seconds. Want to look up some information? Just type your request into google. Want to see what your colleagues are up to? Go to Linked In. It’s easy to get in a dopamine induced loop. Dopamine starts you seeking, then you get rewarded for the seeking which makes you seek more. It becomes harder and harder to stop looking at email, stop texting, or stop checking your cell phone to see if you have a message or a new text.”

There’s also another effect to be aware of. We’re increasingly hearing stories of how people are quitting social media sites such as Instagram and Facebook because they come to start resenting their lives. We often filter what we present on social media to give a better picture of ourselves – we publish things that we think people will like and then sit there waiting for our hit of validation when someone hits the ‘like’ button. This can become very addictive.

Leah Pearlman, co-inventor of Facebook’s Like button, told the BBC that, “she had become hooked on Facebook because she had begun basing her sense of self-worth on the number of ‘likes’ she had.” If you’re doing that, it stands to reason that you’re going to filter what you publish, to try to get as many ‘likes’ as you can.

A report by Statista has suggested that 71% of people in the world are now using social media. That’s 5.5 billion people. If social media use and our increased use of smartphones do exacerbate mental health and addiction issues, it’s no exaggeration to suggest we could soon be facing a worldwide problem of epidemic proportions.

Away from social media, instant gratification is also manifesting itself in another modern habit – our consumption of television. We’re now in an age of ‘on demand’, meaning we no longer have to wait to watch the next episode of our favourite television series. That’s right, we can now ‘binge’ on a full box set – on our television screens or, guess what? Using our phones. This is something media companies are increasingly pushing in their advertising. I’ve found myself wondering – when has bingeing on anything ever been healthy?

Prisoners to our phones

With the smartphone revolution has come the world of apps. There’s an app for pretty much everything these days – with the possible exception of unloading the dishwasher or getting a ‘Barista’ to spell your name correctly on a coffee cup! We’re getting to the stage where you can run your life without ever having to see or converse with anyone. I find myself wondering what effect this will have on our ability to build conversation skills, empathise with others and build relationships?

We’re able to use our phones to consume news, check our stocks, check our social media, flirt and date, gamble, play games, answer the front door, order food… We’re never more than a few seconds away from the reward of a dopamine hit – like a dog being rewarded with a biscuit for rolling over (clever dog!). 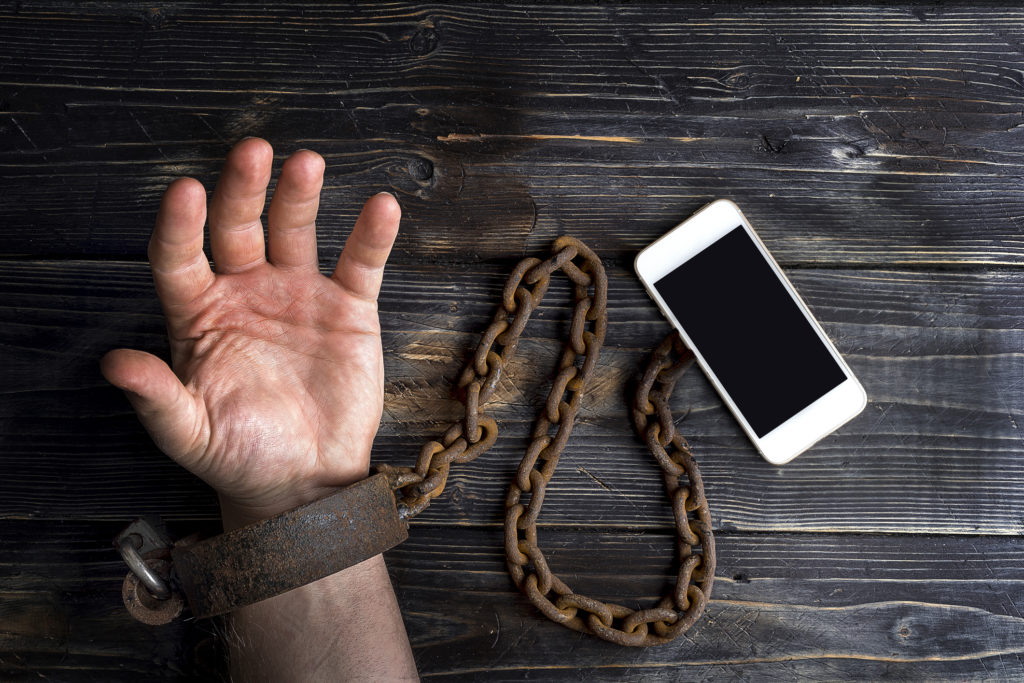 With my Amazon app, I can order most things instantly from my phone and get them delivered the next day. I find myself buying most things through Amazon Prime sellers, knowing the item will arrive the next day – even if I don’t particularly need it the next day. It’s just that waiting anything longer than a day feels like a real bloody inconvenience!

And then there’s the automatic notifications – constant demands for your attention that feed your dopamine loop – “pssst, I’ve got something you’ll really like…”

Taking all this into consideration, is it any wonder that we’re all spending so much time on our phones? Dr. David Greenfield, the Director of the Center for Internet and Technology Addiction, sums it up well when he calls smartphones “the world’s smallest slot machine.”

Looking to the future

Looking forward, how do we stop ourselves turning into a nation of clinically depressed people with the posture and communication skills of a Walking Dead zombie, clinging on to our smartphones like a crack pipe?

For our own sanity, I think resistance is key. It’s time to fight back against the world of ‘instant’. Let’s put our phones down and engage in conversation with those around us, let’s look beyond convenience and embrace our quality of life a little more. Let’s appreciate and focus on what gives our lives meaning!

Using the example of coffee…

My wife enjoys a coffee each morning. Where years ago she might have grabbed her jar of “golden-roasted, richer, smoother, Nescafe Gold Blend” and made herself an instant coffee using the kettle, she now has a coffee machine. She takes her time to pre-grind the coffee beans, prepare her cup and saucer and enjoy the sights, sounds and aromas as the machine slowly pours out a cup of delicious coffee. She loves the whole experience. And that really sums this article up for me. It’s time to get away from our patterns of ‘instant,’ and focus on being in the moment with the beauty of life.

“In today’s rush we all think too much, seek too much, want too much and forget about the joy of just Being.”
Eckhart Tolle

I hope you enjoyed this article. If you didn’t, please hit ‘like’ anyway to keep my fragile self-worth alive! 😉 You can even leave a comment if you’re so inclined…

P.S: Following my article, someone has pointed me to a great YouTube video by Simon Sinek that offers further discussion on the impacts of our instant world on ‘millennials’.